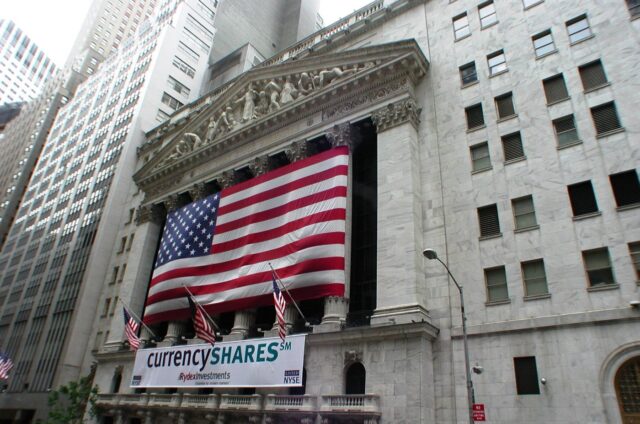 It isn’t so much that democracy is at stake as much as reputation. (He will go.) It’s our credibility and institutions that define us as the world’s financial hub. It’s our ability to finance innovation that puts us ahead of our adversaries. To be a superpower means to have the controls over liquidity (cash).

How quickly can this change? When the New York stock Exchange became computerized in 1966 the global financial hub shifted from London to New York. When trading went electronic /- online in the late 80s /- early 90s — the majority of trades on exchanges were conducted electronically /- online,–in many instances the very next day.

Today, theoretically speaking, all you need to do is move the data from a server-farm in New Jersey to say Singapore, Hong Kong, or Frankfurt. It can be done in nanoseconds.

Although London still leads the world on FX volume by an enormous margin, this could change in the next decade. Every few months hundreds of billions worth in jobs and assets are leaving for Frankfurt.

This is why our reputation as a stable democratic country managed by solid institutions in The United States, is so vital to our national security.

China of course missed these opportunities. There is now a visible power struggle between corporate Shanghai (Jack Ma) and the dictatorship in Beijing (Xi Jinping). Until this rift is resolved China cannot become the world’s leading financial hub.

During a possible extended time of authoritarianism and geopolitical unease in China, India may become the world’s largest economy (in 20–30 years). If that is the case China may miss its century all together. This is a very speculative scenario. China does however lead cashless innovation.

Politics, and innovation incentivize costly moves. More specifically, — over financialization and over digitalization can lead to excessive populism.

It’s also attractive to have an ecosystem with a deep metropolitan labor field full of various financial experts. Ultimately this is the foundation needed to create a financial hub, no matter the size.