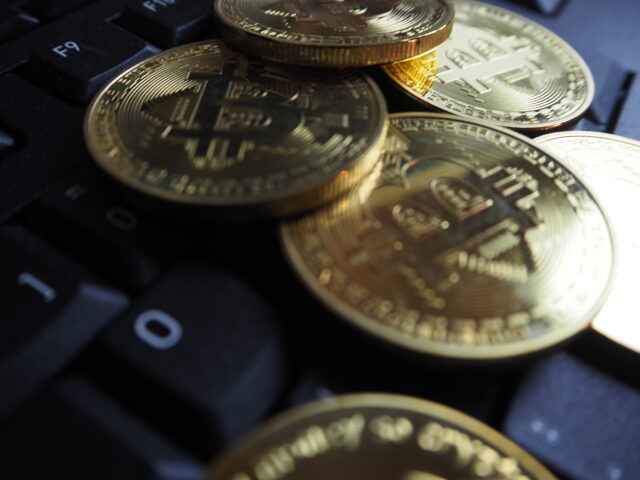 After the recent FTX collapse I want to return attention to what really is the underlying problem with the entire crypto ecosystem, namely the lack of real liquidity. This was brought on by the introduction of stablecoins in the previous bull market starting 2014, an almost monopoly ended up going to Tether. Tether is an offshore entity that has grown to become an obscure conglomerate revealed in the Paradise Papers. The mysterious CEO Giancarlo Devasini has rarely been seen publicly and the CTO Paolo Ardoino spouts a lot of nonsense on Twitter. Bitfinex was the sister company to Tether and used to be largest cryptocurrency exchange in 2017, now both owned by iFinex Inc. registered in Hong Kong.

Nearly every crypto exchange uses Tether or other stablecoins as collateral for Dollars. Whenever a trader deposits currency on most of the offshore exchanges they deposit their fiat currency and receive a stablecoin collateral such as Tether in return. They then uses these stablecoins for their trading/gambling activities. As a result, a close-knit cartel of the ecosystem’s liquidity gatekeepers is formed. These gatekeepers frequently shut down because of a run on them whenever the value of cryptocurrencies fall sharply. This is presumably because they do not have enough actual fiat currency on hand during those runs for the exits. So we can say with confidence crypto has a liquidity problem. Stablecoins are of course entirely unnecessary for the customer. It seems their actually use-case is more nefarious because there have been proven cases when they have been used by exchanges to manipulate prices against customers.

Initially, Tether promoted itself as a stablecoin backed 1:1 by US dollars. As questions were raised and legal proceedings revealed that this had not always been the case, Tether then asserted that their stablecoin was again backed 1:1 in assets, specifically commercial paper. This was Tether’s first major fabrication. Since 2017, a credible audit has been promised too, but they have yet to deliver it. Tether has instead decided to perpetually move their goal post and probably will indefinitely. As far as we know the Department of Justice is still investigating Tether intensively as of October 31 2022. Statutes of limitations are generally five to ten years depending on the crimes such as money laundering or wirefraud. So a criminal investigation of this scale usually takes the DoJ years to complete. They have to map out all the money launders who used Tether for example. More red flags on Tether are listed here.

Why is Tether so important for crypto? Well it the largest cryptocurrency traded by 24hr volume, roughly the equivalent of Bitcoin and Ethereum combined. Furthermore it’s the third largest cryptocurrency by overall marketcap at $66 billion. As I stated Tether is used by most exchanges for trading. If it turns out much of the assets at Tether are missing and their stablecoin isn’t backed then this could have immense deflationary pressures for all crypto prices. It would also depend on how much the prices of cryptocurrencies have been synthetically inflated by Tether. This should be a hefty number though even if just say a third of the assets are missing.

So the tail-end risk really is when you bet on any cryptocurrency at this point you’re also betting on the underlying value of Tether. If the assets are revealed to be missing by the DoJ’s criminal investigation then Tether will become unpegged from its 1:1 value with the US Dollar and we would see a move comparable to a floating currency. As an example we can examine the Swiss Franc’s unpegging of the Euro in 2015. Tether could, depending on the severity of the missing assets, crash to pennies on the dollar in a single day, as the stablecoin TerraUSD did in May last year. Tether is several orders of magnitude larger and more systemic to the overall flow of liquidity.

I leave with a final scenario of what could happen an how this impacts the price of crypto. A rush to the exits where there are 10 USDT worth of Bitcoin trying to leave for every 1 USD trying to enter the crypto market. This would be a USDT devaluation by 1/10th making a current 16000 USDT Bitcoin worth only 1600 USD. You may challenge this by thinking the market cap of Bitcoin is much larger than Tether, but think again. USDT tokens are often leveraged by degenerate gamblers inflating the overall market cap of Bitcoin. Finally I leave you with this, comprehend the velocity of money and how prices and subsequently market caps grow and then collapse by exchanging hands (bids and asks).

So are stablecoins just a vehicle or mechanism to siphon real currency out of the ecosystem to be laundered or gambled elsewhere? Is it all just a ponzi scheme? We will find out more when the DoJ’s criminal investigation into Tether concludes.

I just wanted to put this on my record for having been early on these predictions in 2019. My original thread can be found here. My attention was primarily diverted to my studies the past 3 years. Follow @BennettTomlin @CasPiancey and @KyleSGibson for more Tether related content.